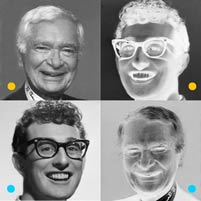 Web 2.0 tools have enabled lone writers to become powerful solo publishing forces. These tools are almost too powerful: they allow sharing web content in an optimized fashion almost instantly. That rapid publishing, single person approach has its dangers. Today, it’s even more important to avoid the temptation to work alone. Instead get yourself a second pair of eyes, a person you can trust, someone to review and critique your work before it’s published.

You’ve got to use the buddy system.

When you work in a decent sized company it’s not hard to find someone willing to proofread for you; you just have to ask around. If you are publishing webpages or blogging and you’re alone then you can’t just walk over to a co-worker’s desk and ask for some help. Getting help means finding someone who understands writing in general, ideally knowledgeable of whatever subject matter you’re writing about, preferably someone good at proofreading.

If you’re a blogger who works alone consider finding another blogger in the same boat as you, someone who has the same publishing schedule, frequency and load as you. It’s great if the person has more experience or skill than you do, good if they’re as good as you, and still OK if the person is a noob; you can help them learn to give you what you expect from a proofreader. They might not know much about what you’re writing about, but in some cases that’s a plus instead of a minus – particularly where the audience doesn’t know much about the subject matter either. A layman proofreader will keep you from using too much jargon beyond your audience.

Two sides of the brain

I can only speak from my own experience here, but it seems to me that the reason I need someone to proofread my work is because I seem to operate in either a “create and write” mode or a “correct and minimize” mode, but don’t do either to my best ability if I do them concurrently. If I look back at the work or think critically about the logical sequence of what I’m saying then I’ll hit a wall – if I’m not thinking about what I’m writing then it just seems to flow and the words appear where otherwise they wouldn’t.

The best proofreader is the one that points out all the mistakes, awkward points and just plain unreadable garbage. Don’t take criticism of your work as criticism of you. Make a point of reviewing your proofreader’s work at a time when you’re receptive to criticism and ready to learn from your own mistakes.

Only worry if it’s painless

If your proofreader misses mistakes and comes up short on the suggestions for improvement then you might want to consider getting another proofreader. You can’t depend on someone who’s afraid of offending you and holds back on the suggestions for improvement. You also don’t want to lean on someone who doesn’t put their back into it; it doesn’t help to have a half spirited collaborator who you’ve placed false confidence in. A painless proofreading result should have you raising an eyebrow instead of patting yourself on the back.

Having a good proofreader is critical if you’re doing any kind of publishing, particularly print where you can’t erase your mistakes at any time. Digital publishing for the web is much more forgiving – but don’t kid yourself into discounting the value of a proofreader buddy. The best way to avoid making mistakes is to have another person, a buddy you can trust, look over your work with a fresh pair of eyes and impose the quality control that will keep your work looking like it was done by a professional.