The Broadcaster’s Role Changes
Long before there was anything called Social Media, media would pour in one direction only – from the broadcaster to the listeners. There were a few exceptions where request lines and letters to the editor made the will and voice of the audience part of the stream. The broadcaster was the authority and the audience did little more than be counted with the exception of an occasional peep for effect. Marketers and promoters have learned to leverage that peep.

The Power of Peer Advocacy
Magicians and hucksters have long employed the use of participants who take the role of a “shill,” a person who pretends to be a simple audience member, but instead is part of the show, a helper in disguise who doesn’t disclose their affiliations. 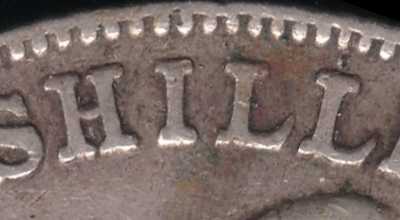 Use of a shill reveals the power to drive audience behavior through peer advocacy. The endorsement of a crowd is an almost overwhelming driver of behavior; once the herd starts stampeding questions are asked later.

Early media was loaded with shills; laws were made to limit payola.
Back in our grandparent’s days the radio industry faced a problem called “payola.” This was a practice where record labels bribed radio stations to play certain songs. There were federal laws enacted, in reaction to payola, that stated the record labels could no longer pay the radio programmers in secret. They could, however, buy air time if it was clearly stated that they were doing so.

Paying for air time doesn’t work; you have to sneak it.
People tune commercials out, especially when commercials are perceived as the message of authorities – not peers. Young people aren’t going to respond to authority as passionately as they will to peer advocacy.

Every promoter craves real fans to creating a demand for their artist’s music. The “most requested” phenomenon is a ranking, a gamification of how much an artist is demanded. Who can blame the players when the game is so clear? All you need to do is get a lot of people demanding your stuff and being vocal about it.

The problem is that “Sally Nextdoor” isn’t a music promoter – in fact she’s quite tight lipped. You won’t get her to be part of a ground swell. That’s when they send in the shills.

“What are the top ten requested songs this week?”
If you knew who was driving the requesting, would you even care? Probably not. The people who are driving the ground swell of requesting don’t want you to know they’re doing it. The magic is dispelled if you find out.

But really, what’s it going to hurt to give a new artist a little extra boost? Wouldn’t it just help people find out how great the artist is? I mean, shouldn’t you trust a good publisher in the music industry to know what music will sell and what won’t? They’re just helping artists compete against other artists. Again, it might seem shifty, but don’t hate the player – hate the game.

Everyone in the Social Media Industry knows that Newt Gingrich only had 7 to 8% of real people among his Twitter followers – the rest were bots. That’s political jacking.

What’s going on today, behind the scenes, to drive and manipulate opinions with astroturf ground swells?  Who is real and who is a bot? Sophisticated and powerful tactics are being used to match the nuances of each new media.

Using Bots to Drive Up Likes and Follows is Pretty Widespread 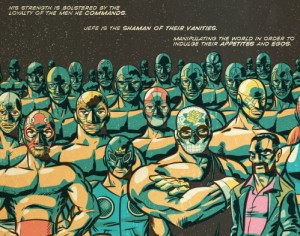 It must be. Look at how little it costs from some of these job offers tweets pointing to freelance job board sites:

I’ve never experimented with buying fans – but if I did I wouldn’t expect them to be strong engagers. They’d probably be bots or fake accounts operated by gold miners. What’s amazing is how little the people who need the bots are willing to pay for so many Likes. There must be a decent number of people with hundreds of thousands of fake accounts competing for this kind of work. If that weren’t true then the cost would probably be a lot higher.

Should there be laws enacted against it? In my opinion, no. It would probably be better for a consumer to just be educated and take certain metrics with a grain of salt. The question is whether these digital agents, these bots, can become disruptive beyond the purposes the were created for.

My next post, or maybe even series of posts, will detail observations I’ve made in my bean counter role. I’ll take a crack at answering the questions below, but in the mean time why don’t you take a crack at it yourself. What are your answers to these questions?

George Carlin on Advertising and Marketing: A Classic Routine

George Carlin on Advertising and Marketing: A Classic Routine